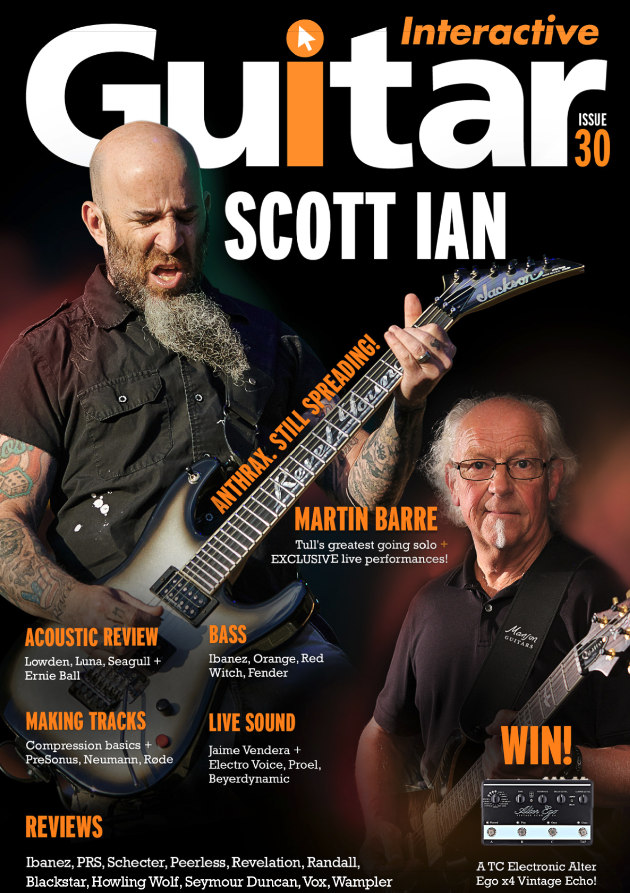 One of my all-time favourite magazine assignments was writing the cover feature on the career of Scott Ian for the 30th Issue of Guitar Interactive Magazine. Scott is a hugely influential player, one of the original thrash metal guitarists and a founding member of the band Anthrax (one of the ‘big four’ of the genre alongside Metallica, Megadeth and Slayer).

Thrash was a hugely important genre for me growing up and was without doubt one of the key reasons I started to learn guitar in the first place, so the opportunity to not only write an article about his influence on metal guitar but also to sit down and talk to him about his views on music and guitar playing was a definite career highlight. 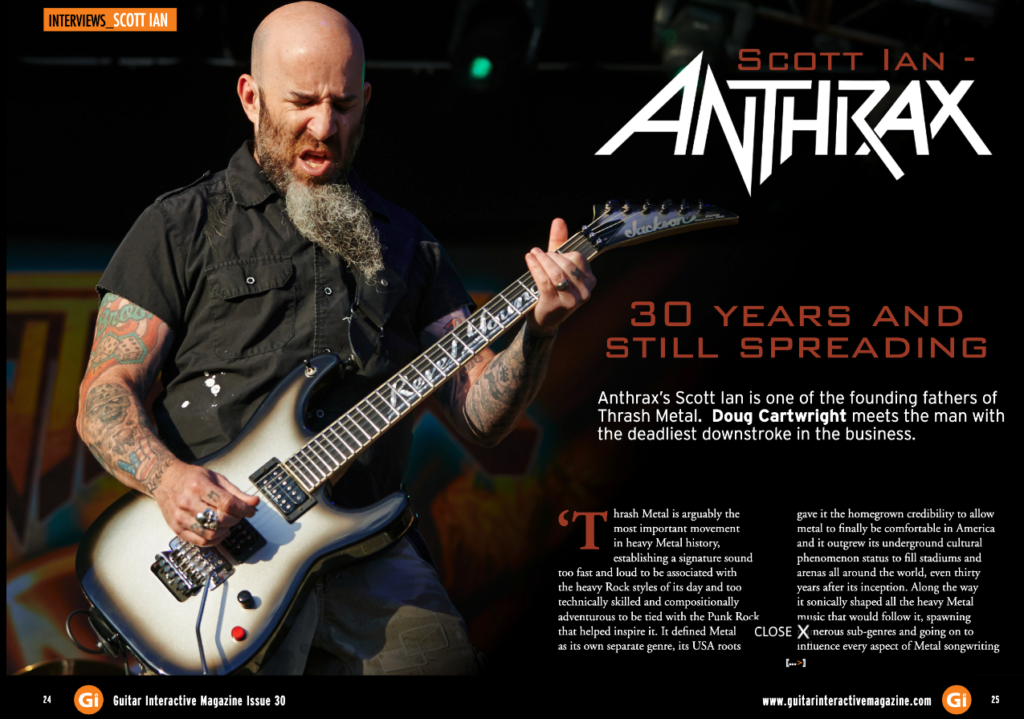 I interviewed Scott for this piece at Sonisphere Festival 2015. It was quite a complicated interview to set up as his press schedule was hectic that day and running late. It looked like we may only get five minutes to talk at one point, but Scott graciously talked to me for over half an hour once we got going and was a pleasure to interview. Even after 30 years his passion for guitar and heavy metal shone through! I’ve included my video interview below.

To check out more of my published work you can view my Magazine Portfolio.