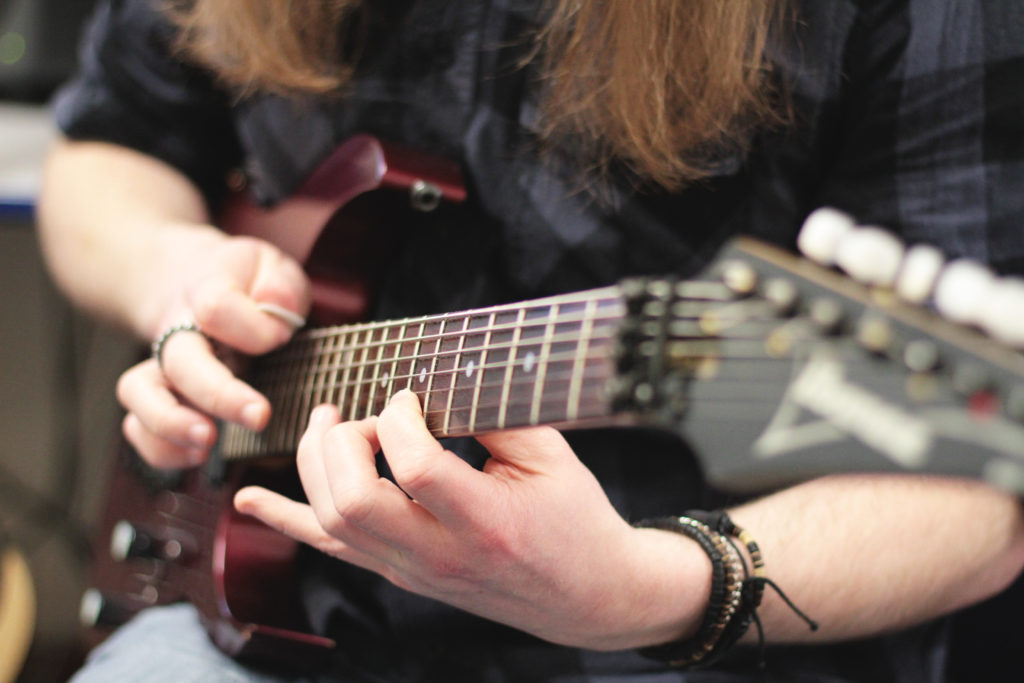 Doug Cartwright is an experienced freelance guitarist, music educator and independent artist. He has released full-length albums of original music as a member of several bands, as well as performed on and produced numerous commercial and artistic projects and worked as a guitar instructor since 2008, running a busy private tuition service in North West London alongside his role as Principal Guitar Instructor for the contemporary music department at Trinity Laban Conservatoire of Music and Dance.

His most recent work is as the composer, guitar player and producer of the death metal band Amid the Barren and Lost, who released their album ‘Shadow Self Psalms’ in January 2018. Metal Hammer magazine described the album as “a new British metal gospel“, concluding the band “show they’re more than just merchants of taut yet malicious metal that aims straight for the most exposed body part“.

In 2006 he founded the heavy metal band Beneath Dead Waves, which was described by Kerrang! as “so talented it’s like they’re taking the mick”. The band released their album ‘Inertia’ in 2014, which Metal Hammer praised as delivering “metal anthems executed with brainbursting technicality“. The band played shows in support of the album throughout most of 2014, supporting established acts including Monuments, Intronaut and Scale the Summit before disbanding in the spring of 2015.

Asides from producing the Amid the Barren and Lost and Beneath Dead Waves records he has also recorded and mixed numerous other independent projects. His mixes have been featured on Kerrang! radio, Total Rock radio, BBC Radio and ITV’s ‘Take Me Out’ amongst many others. Doug has also created and recorded music for theatre productions, independent films, music libraries and professional wrestling shows.

Doug runs a private guitar teaching business from his home studio, teaching students in person and all over the world via the internet, specialising in modern rock technique, improvisation vocabulary and contemporary style studies for which he has created his own syllabus of study material. Overall, Doug has helped well over 500 people to learn the guitar since 2010 in one-to-one and small group classes, completing more than 15,000 hours of guitar teaching. He completed over 1,000 online lessons in 2020 during the pandemic.