Despite blazing all across the fretboard this lick only contains notes drawn from the E minor pentatonic scale, probably the most known and used scale by guitarists worldwide.

This style of fast legato pentatonics combined with string-skipping, rapid position shifting and ludicrously-named right hand techniques is fairly closely associated with the Texas shred scene of the early 90s, one of the most unsung breeding grounds of ridiculous players. 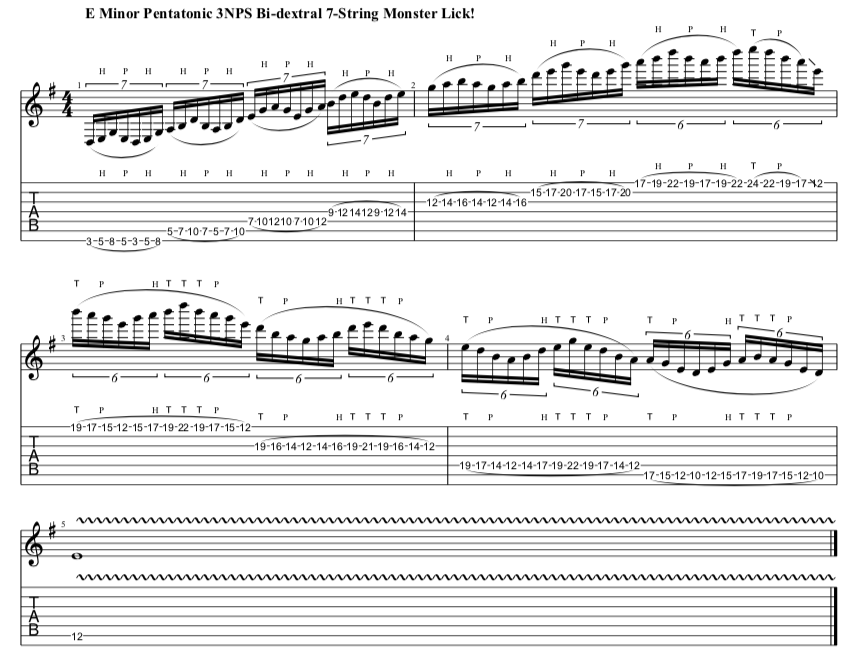 If you like this kind of playing I thoroughly recommend checking out the compilation ‘Ominous Guitarists from the Unknown’ (it’s on Spotify!) which will give you a good taster of what serious rock guitar playing in the early 90s was all about!